Prove your strength in the face of an ever-growing opponent.

When it comes to CAVE’s shooting games, the best way to describe them is “bullets”.

But how good are you at it? Here at last is a title that answers that question.

This game, “Danmakukenteishiken” is a shooting game that allows you to diagnose your ability to deal with a barrage of bullets by continuing to fight against opponents who get stronger with each defeat.

This is a shooting game that diagnoses your ability to deal with a barrage of bullets.

In this game, named “DaiOuJou-hen”, the vicious bosses from “DoDonPachi DaiOuJou” will block your challenge.

In addition to the in-game evaluation of your rank, this game also supports online ranking.

So you can further improve your skills by competing with users from around the world. 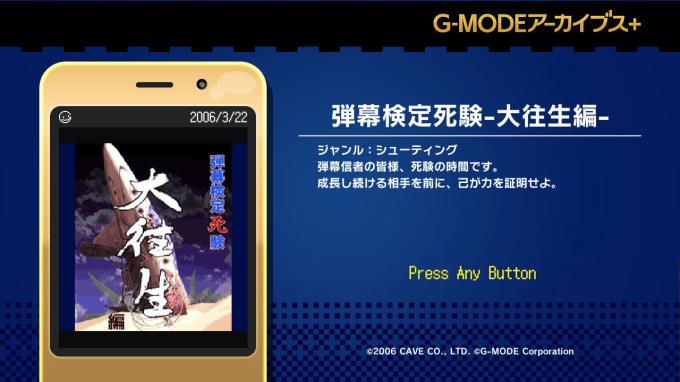 Those who are not afraid of death, aim for the top of the barrage.

The G-MODE Archives is a reissue project that faithfully recreates old feature phone games as they were back then.

In order to enjoy the app as it was back then, the web-connected menu, buttons, and keys have been transplanted, but some of them may not work.

For more information on the Steam version, press START button and see the “How to play” in the OPTION menu. 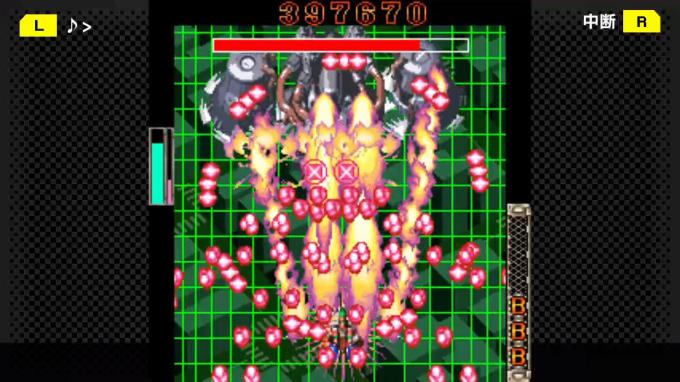