The continent of Runersia is home to six major powers with more than 40 bases, 100 knights, and 50 types of monsters. Select a ruler, organize knights and monsters into troops, and conquer enemy bases! How you wish to do battle is entire up to you, so devise the best strategies and lead your nation toward continental conquest! How will your legend unfold?

Time passes on Runersia in seasons. Each season consists of an Organization Phase and Attack Phase. During the Organization Phase, knights and monsters of various classes and skills are organized into troops in preparation for upcoming battles. During the Attack Phase, turn-based troop battles take place on a map made up of hexagonal spaces. Make use of unit skills, elements, enclosure effects, terrain advantages, and other battle tactics to lead your side to victory! All nations, knights, and monsters in the game will continue to battle and grow as you do. The game is also packed with other ways to grow your armies such as classes, equipment, and various items. 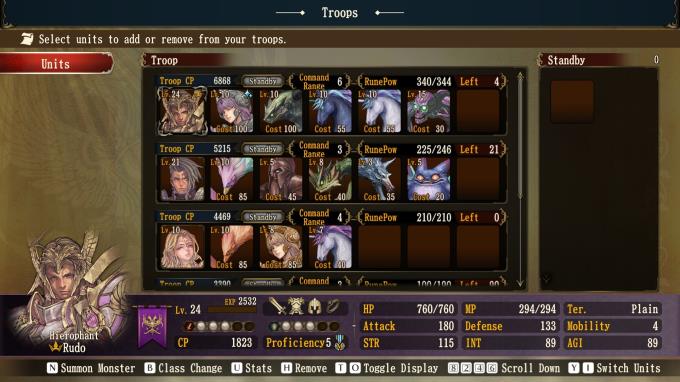